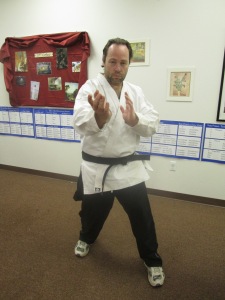 Standing between you and your weight loss goals is one thing–the story you tell yourself about why you cannot reach them. If you change the story, you change your out come.

The Stores We Tell Ourselves

Back when I was struggling with my weight, I would tell myself things like, “You are never going to make it. You have tried so many times before and failed.” And, “I simply have a weakness for bad food. I cannot help myself.”

I have heard the same story from others along with things  such as, “I’m genetically deposed to be fat.” And, “I have a slow metabolism.”

As long as people have these kinds stories running though their minds, they will never lose weight.

Overcoming the stories we tell ourselves is not difficult. In fact, it is as simple as writing a new story.

One of new stories that I tell myself is, “The past does not equal the future.” This helped me tremendously. I had failed to lose wight over and over again in my life. Two years ago, when I had finally had enough, when I finally decided to get rid of my excess fat, the nagging voice in my head was saying, “This is just going to be another failure. After all, you have always failed before.”

But I decided not to listen to that story and instead tell myself, “The past does not equal the future.” It did not matter how many times I had failed in the past, I did not have to fail in the future. Now that I have re-written my story, my future looks brighter than ever.

Now I tell myself, “I am in charge of what I put in my mouth.” When I go out with friends these days, I always chose the low-carb option unless I have special plans.

Of course there are many other negative stories that I use to tell myself that have now been replaced with positive ones. But what about you? What negative stories are you telling yourself now? And what stories will you have to tell yourself to make a positive change? Let us know in the comment section. 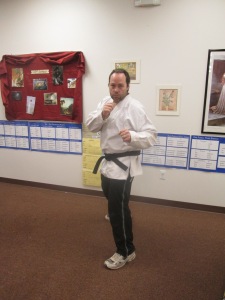 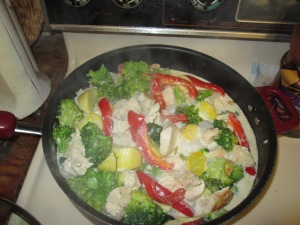 Here is a low-carb chicken dish that I make for my family form time to time. I don’t really have a name for it though.

It’s real simple. I cook about four chicken breasts in butter along with some salt, pepper, onion powder, and garlic powder.

In another pan, I steam a few heads of broccoli, one small zucchini, a yellow squash,  a red pepper, and some mushrooms.

When everything is done, I chop up the chicken into bit-size chunks and throw it in the veggie pan.

Finally, I add about 1/2 a cup heavy cream and 1 cup of shredded mozzarella cheese. I simmer until it is a thick blend and not soupee.

Hope you all like. If you try it, let me know what you think.

Hey, the cover design for my new booklet is done and I’m so excited about it that I wanted to share it with you. 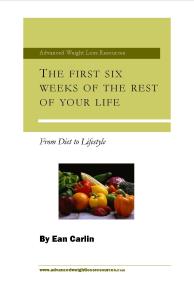 I am only a few paragraphs away from finishing it. Then it will go though some editing and then to publishing. It will be available on Kindle for a very low cost. 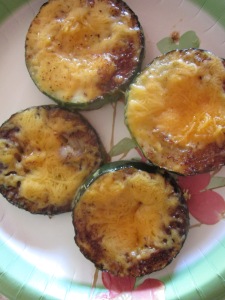 Just wanted to make this simple post. It was a healthy snack I made that was simple. It was four thick slices of zucchini fried in butter with with salt, pepper, garlic, and onion powder. I cooked it on medium-high heat for about 4-6 minutes on each side. Finally, I melted some cheese on top.

It’s interesting how many old ideas about losing weight and working out are still floating around. Of course I’m not here to talk about every one of them. That task could fill book after book. However, I did hear one recently that I thought I would address here.

I had an unexpected cheat meal. It happens and I could have avoided it, but it was with a friend and I did not want to miss this particular get together, and I also wanted to eat the food that was being served. 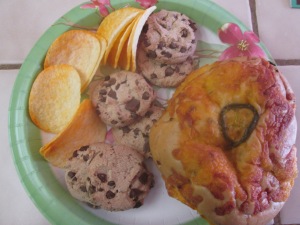 The good news is I knew about the meal a few hours a head of time. So what did I do? I worked out like crazy! I seriously punished myself before I went to eat. As a result, I felt good about the meal and it did not affect my weight at all. 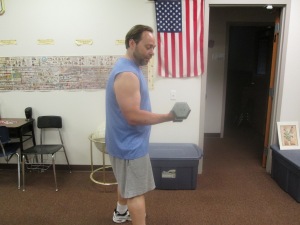 A few days later I was addressing another group of friends and telling them the story I just told you. One of my friends tuned and said to me, “You should have worked out after so you could burn off the meal.”

“Working off” a meal is just a bad way to look at it. It’s outdated. It is one of those things that sound logical but does not stand up under the latest in scientific scrutiny.

When you work out before a bad meal (particularly resistance training), your muscles need glucose to repair themselves. This means when you eat a high-carb meal, your muscle cells are competing with your fat cells for the sugar in your blood. If you work your muscles hard enough, they will win the contest. This is why you want to work out before you have a cheat meal.

There are many other old and bad ideas that people still believe. Let’s here some that you have heard in the comment section. 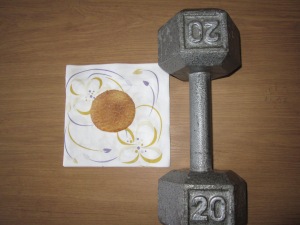 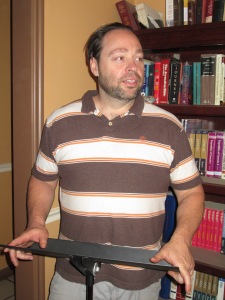 Hey everyone. I just wanted to let you know what has been going on lately. Here is the scoop. As many of you can tell, we have updated the site. We upgraded this sight from a free blog to an actual web sight. My hope is that this will bring more of a professional look to this new business.

Also, I (Ean) am working on a small booklet which will cover the first six weeks of the diet/lifestyle we promote here at Advanced Weight Loss. This will be a digital download that will be available for a very low price.

In addition, I will be starting a pod-cast shortly called: A Mind For Fitness. My hope is that the pod-cast will be up and running within the month.

Finally, I want to thank everyone for following this blog. It really means a lot to us here.

How do you know if you are really ready to change? The answer is quite simple. It is when you have reached what motivators call threshold. Threshold is when you can say these three things consistently:

1. My weight has got to change.

If you cannot say the above phrases with confidence, you are not ready to change.

Of course if you ask people, most often they will say they want to change their weight. This is true to a point. They do want to change. They do not like being fat and they want the perceived pleasure of being in shape. But wanting these things is not enough. And we know it is not enough because many people want these things and still do not make long-term progress toward being fit.

So What is Going Wrong?

In a book I am writing, I will take you though a process that will help you to get to threshold. In it I offer a mental exercise that has helped many people reach the point where they can say:

1. I need to change my weight.

If you just cannot weight for the book, I am always available for sessions though Skype. Just fill out the contact for. I hope to be seeing you soon.